Well it only took me three days and 11 hours of hard labour but I finally finished sewing all the squares together on my afghan and the border crocheted. It was originally intended for my daughter when she was at university to match the comforter that she had but since she’s moved out and left the comforter behind I’m going to use the afghan downstairs in my family room where just by coincidence it matches my leather sofa and loveseat perfectly. 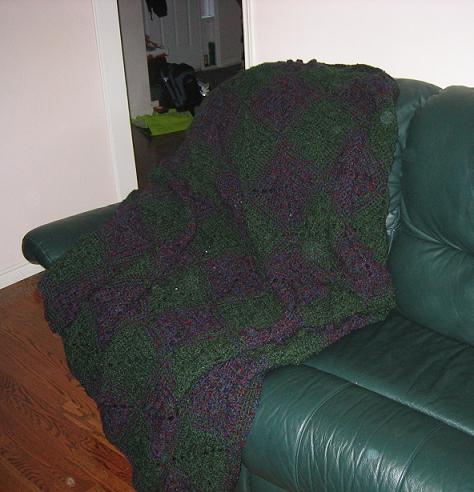 I didn’t realise until I laid the squares out on the bed just how big it was so it’s a nice size to cuddle under to watch the TV. It has alternating squares of green and green/burgundy/blue fleck yarn with four bobbles on each square, which you can’t really see in the photo because of the darkness of the yarn. The bobbles add a nice touch, which I appreciate now that all the squares are sewn together. 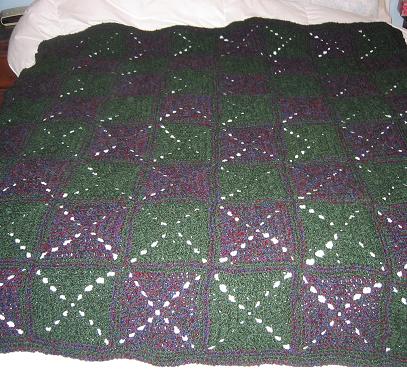 Afghan on bed to show size.

This entry was posted in Uncategorized. Bookmark the permalink.