“For Those About To Rock We Salute You”

Well I went to my first AC/DC concert last night and it was fantastic, more than fantastic really. Strange as it may seem at my age, I didn’t become a fan of AC/DC until last year. I mean I grew up listening to their songs but didn’t really appreciate them back then. In fact I didn’t really appreciate a lot of the famous rock bands until a couple of years ago, which is fine by me because it’s like getting all the goodies at once. The one disadvantage is that I never took the opportunity to go see any shows when I was younger but then again I probably couldn’t have afforded it back then anyhow.

So I was very stoked when I found out that AC/DC was coming out with a new Cd this year (already released – Black Ice) and that they were going on tour to promote it. It’s been so long since they had released anything new and gone on tour that I thought they were past it, not so as last night proved.

Unfortunately for me/us the opening band didn’t show. I had arrived early at the venue to buy my swag and get in line (no problems there) so was expecting the opening band to go on at 7:30. Well 7:30 came and went so I went up to one of the venue people to ask if there was a band and he said rumour had it (and it was just rumour) that the band got held up at customs at the border. Seems like rumour was right and the set-up crew came out around 8:15 and started the tear down of the band’s equipment. All I can say is what a missed opportunity for that band. Imagine if you will Toronto’s Rogers Centre (formerly the SkyDome) filled with a sold-out show of 45,000 people and you miss the chance to play in front of them and promote your band – wasted. Speaking of which, I wonder why they were stopped at the border, drugs?

Anyhow it didn’t seem to affect most of the people there as most seemed intent on having their own little party or call that one massive party. Lots of beer and some funny smelling cigarettes during the concert. One guy got dragged off by security and paramedics during the show and all I could think of was here was one of the greatest live bands and you’re getting trashed and missing it.

Well the lights came down and all of a sudden we could hear a loud whistle. Turns out that it was the steam whistle and here comes the locomotive, said locomotive being decked out with red angus horns and steam coming from the locomotive stack. The band then kicked into their current single release of “Rock ‘n’ Roll Train” and the crowd went nuts.

The night just got better and better as it went along. A lot of the old favorites were played along with some of the new material off their latest release. Although I’d never been to an AC/DC concert I have read a couple of biographies on the group so I knew about their previous world tours. It seemed like they had every prop on stage from previous years. We had the new locomotive (apparently it’s real), the inflatable 50 foot Rosie (seemed huge don’t know the actual size), the Hell’s Bell (from which Brian Johnson swung – probably not the original one-ton bell), fire balls shooting across the stage (Highway to Hell, yes it was hot), elevating 25 foot platform on which Angus did one of his solos, a few others (I should have taken notes) and then the final song with the 21 gun salute using real cannons during the final song “For those about to rock we salute you” (you could feel the shock percussions coming off them).

The songs were fantastic. I mean, AC/DC songs are great, but they’re even better live. I always thought Angus Young was a phenominal guitar player but live he is a god and of course the rest of the band is awesome as well. Brian Johnson was in fine form, dancing all over the stage and belting out songs as only Brian Johnson can. He’d mentioned in an interview that he ran four days a week and went to the gym two or three times a week as well. It shows as he was in great shape and his energy never faltered during the entire show.

If you have a chance to go, by all means go, the money is well spent. Speakng of which, I won’t say how much I spent on shirts, hoodie and program but lets just say that Christmas came early this year. 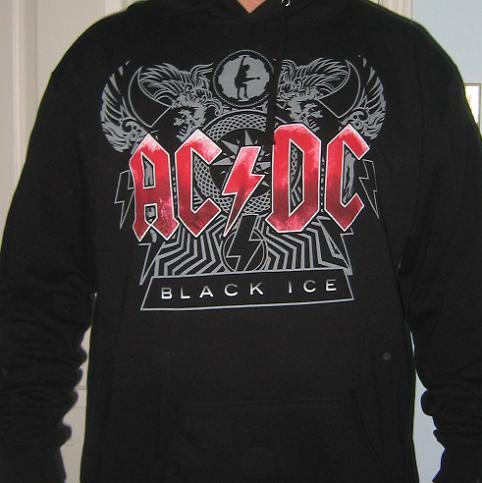 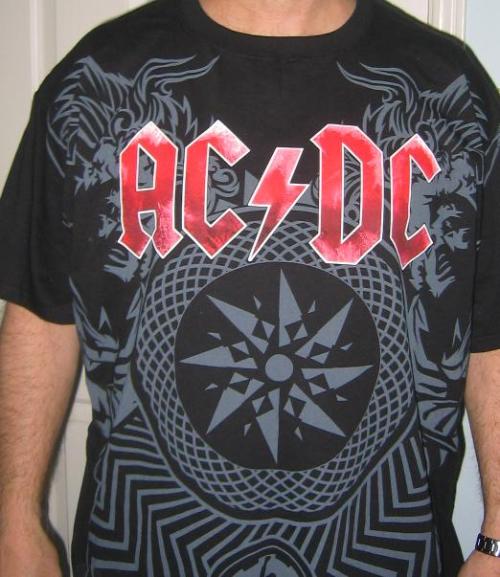 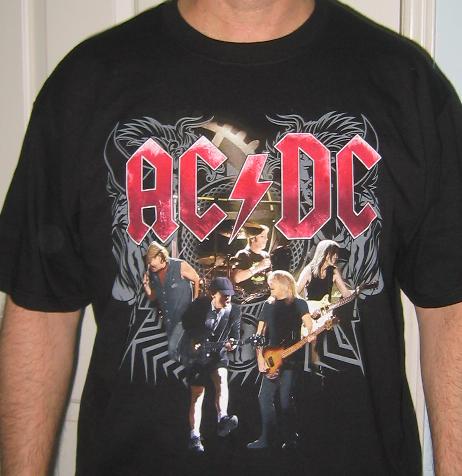 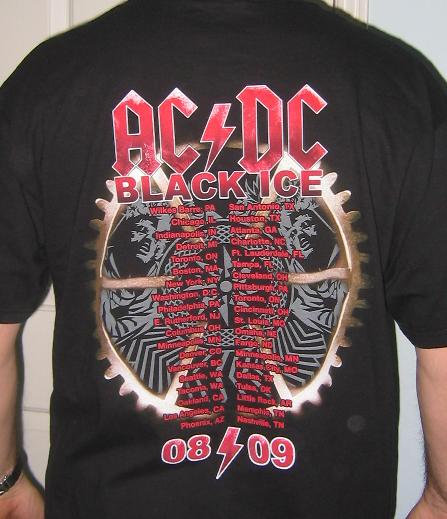 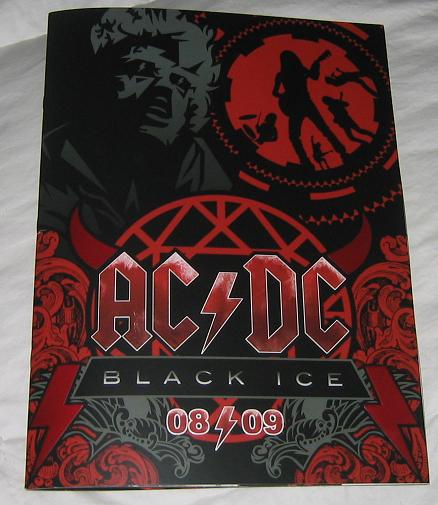 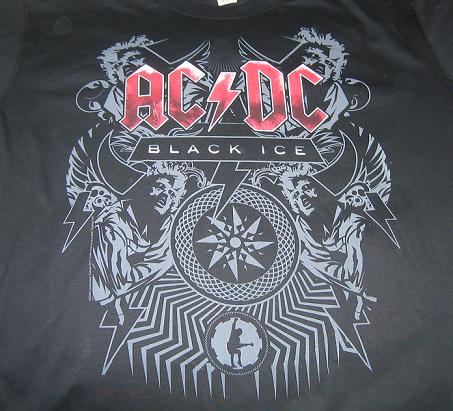 The last shirt I picked up when I went to Walmart this morning shopping. I’d almost gone a couple of days before but put it off. If I had known I could have saved myself the $40 price tag for one of the tees I bought. The Walmart shirt of course was only $12.96, sigh. However there must be some intrinsic value attached to the shirt I bought at the concert because…well…I bought it at the concert.

7 responses to ““For Those About To Rock We Salute You””