I washed up some of the English Leicester wool locks yesterday and I have to admit that it creeped me out because this fibre is very coarse. It was also very grey so it reminded me of hair and all I could think of was dead old people hair. I know it sounds strange but that’s what I felt like when I was washing it.

Anyhow I got out the other two types of wool and took a couple of photos in a comparison. By far the Polwarth was the softest and a joy to handle. I’m not sure what to do with the longer locks but maybe I’ll figure it out as I learn to spin. 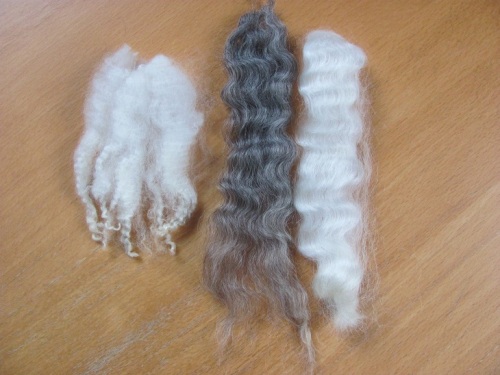 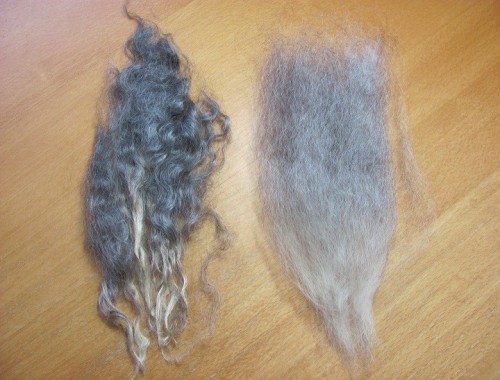 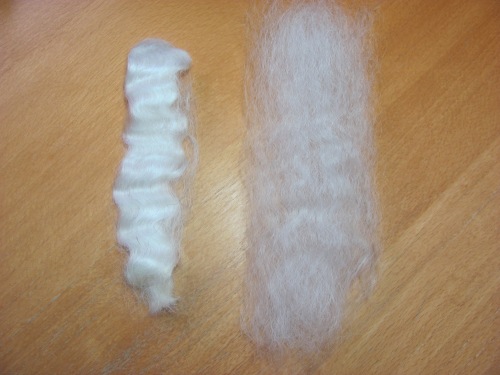 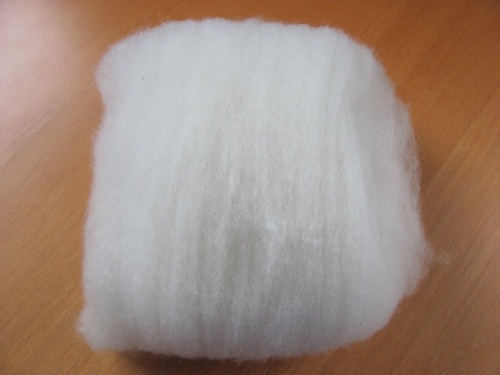 Today I decided to try dyeing some of the superwash BFL that I have. I was going to dye the Polwarth locks but decided to save them for when I have more experience dyeing. I spent such a long time combing out the dirty tips and the wool is so nice and soft, that I don’t want to dye them up just for the sake of trying to dye something. I don’t know if that makes sense but I’ve got a lot of dyed cotton fabric that’s sitting in the closet and although I had fun dyeing it I’m at the point where when I dye something I want the dye job to count for some project. In other words I don’t want a lot of wool in my closet dyed in colours that I’m not going to use. However I did want to try some dyeing so after angsting about it I went to the Internet and saw a neat video by ChemKnits and she used Wilton’s purple food dye. The neat thing about the purple is that it broke down into it’s components so using the one dye gave several different colours and so I found out. 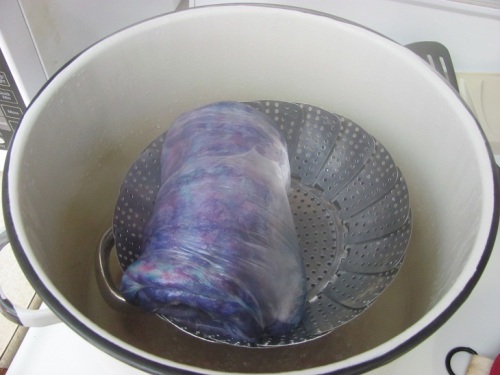 Roving steaming (forgot to take pictures before this point, sorry)

Roving cooling off in sink.

Roving that I spread out to dry quicker, at this point despite opening up the roving when I was dyeing I realized that I hadn’t gotten the dye all the way into the middle of the roving since there is some white in there. I soaked the wool for 30 minutes before applying the dye so I’m wondering if I didn’t do that great a job at wringing out this water before applying the dye, it could have acted as a resist. Then again the dye seemed to strike pretty fast on the wool because I had to flip it and apply dye to the back of the roving because the underside remained white despite squishing the dye down into the wool. I was kind of surprised that the dye struck that fast.

Closeup of all the different colours coming out of the purple dye.

And for something totally random and because I was working on it while waiting for the wool to dry. 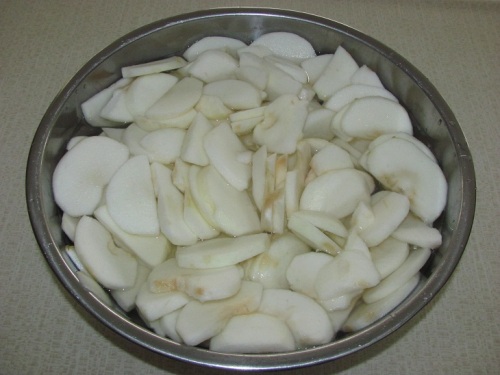 Apple slices in citric acid to prevent browning (and no that didn’t work).

Apple slices in food dehydrator. I’ll leave these to dry overnight as they’re pretty thick. Unfortunately the slices are turning brown as they dry so I’m wondering if the apples were this side of going mushy when I did this.

One response to “Wool locks and Dyed Roving”